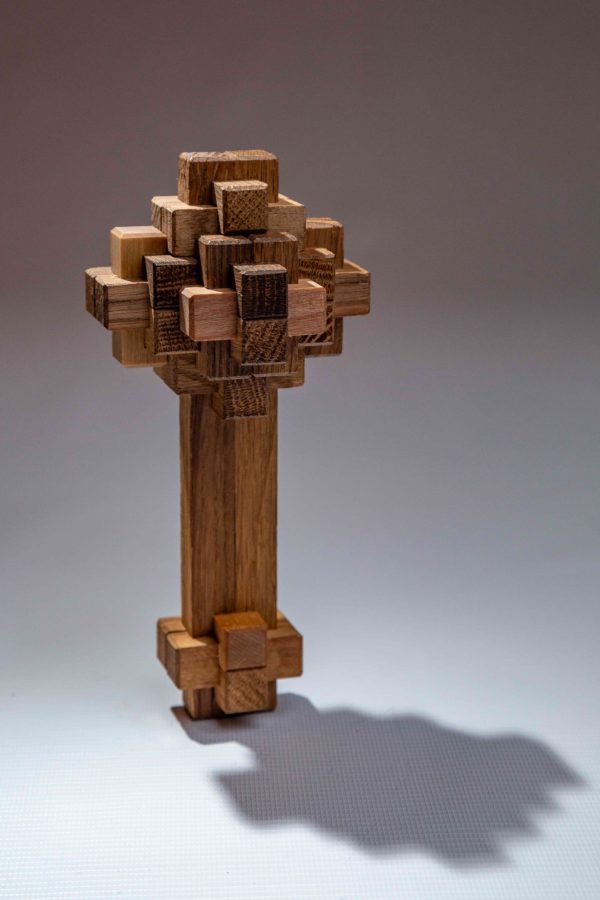 Ancient Pomor (north-west of Russia) toy that used to be a family heritage and amulet that would be presented to a baby and kept all his life. The Rattle is hand made and has two puzzles on one handle. One of them is called the Makarov’s knot.

Inside the cross –sharkunok somebody once put the peas and stones, thus it made  a remarkable sound rattle.  In this way it came to us from the old days.

Be the first to review “Sharkunok (RATTLE)” Cancel reply